Secrets of the Merkite Fortress

LLC "Jasso Tour" is a tour operator of inbound international and domestic tourism.
Reference number in the register of tour operators in Russia RTO 016673.
The tour operator was founded in 2004 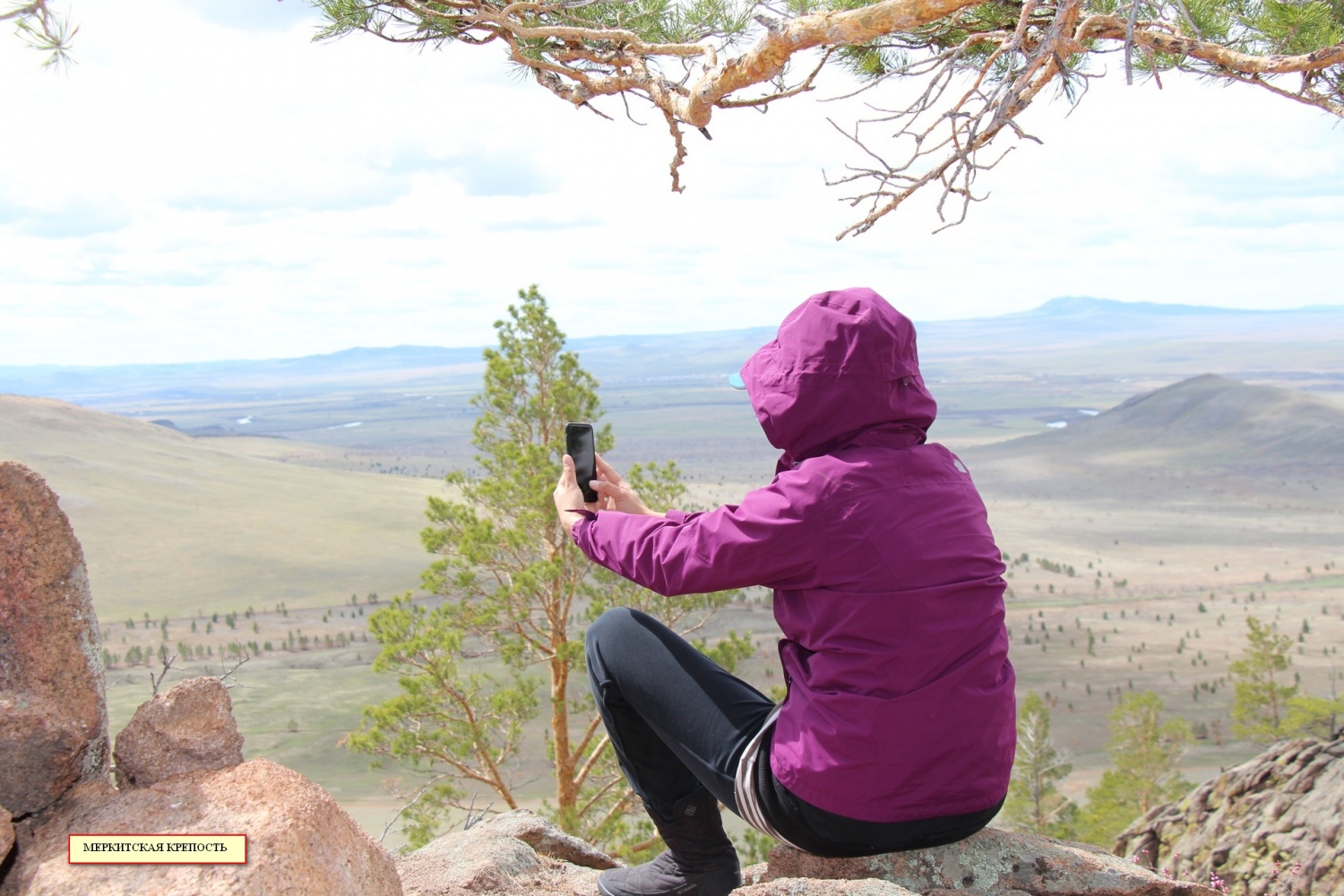 One-day car excursion to the monument of nature and history Merkit fortress, which is affectionately called "Apricot grove" or Tugnui pillars. The natural strength of the Merkit tribe, fascinating legends and  historical facts, stunning landscapes of local nature attract hundreds of tourists  every year.

Place of visit: Tarbagatai district, 110 km.
Travel time: from May to September on advance booking.
Duration: 7 hours
Program of tour

9:00 Group meeting at the agreed place, meeting with the guide. Departure to Tarbagatai district (110 km, 2,5 hours).
On the way, we stop at the place of power - the mountain "Omulevka", on the mountain there is a furnished staircase. From the height of the high cliff a panoramic view of the valley of the Selenga River opens. Once upon a time, the mountain served as a natural fortress. Until now, visible passages cut down in the rocks. Opposite the amazing mountain there is the place where the cross of Avvakum is located. This place, associated with Old Believers, these people  moved from Poland and central Russia on the orders of Catherine II.
Arrival to the place and stop at the foot of the mountain. A  walk through the fortress, where once legendary, fighters of Genghis Khan fought with the leader of the Merkit tribe  Tokhta-beki. From the observation platforms you can see the entire Tugnuyskaya steppe, the Khilok and Chikoy rivers, the mysterious kingdom of Aeolus. From the old times this territory was and remains a place of worship and veneration of local people. Almost every hill has its own history, passed down from generation to generation: the mountain Osoto and Barykinskaya cave store in itself the mystery of the creation of ancient artists who left mysterious petroglyphs, serexirs and tile graves.
The Merkit fortress still contains the foundations of stone walls, roads, passageways in the rocks, artificial grounds for observing the terrain, a secret tunnel to the underground water basin and much more.  Lunch on your own.
After a snack, for dessert, we'll go and look at the hole in the rock, which according to legend was struck by the arrow of Genghis Khan.
Return to Ulan-Ude.
The best time for an excursion is in the middle of May, when the apricot grove blossoms at the foot of the Merkit fortress.

The price per person, ₽: